The Blowfly Alert in conjunction with Elanco predicts the emergence of blowflies based on Met Office Data. This can help to predict risk of clinical cases and help treatment timings. 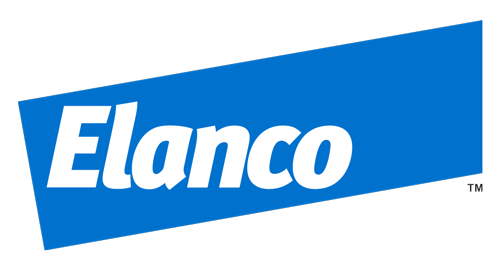 Last update 17th September: Predicting strike risk at this time of year can become very difficult because the weather can change quickly. The blowfly population is still very high and any periods of warm weather particularly with accompanying rainfall will mean that sheep are at severe risk. This is a particular problem since prophylactic treatments applied in early summer may have now ceased offering protection. Any sudden fall in temperature, however, will see the blowfly population start to decline reducing this risk. Because of the uncertainty, it is important to remain extremely vigilant.

Blowfly Strike is a serious disease thought to affect over 80% of farms in the UK.

‘Blow’ refers to the laying of eggs by flies and ‘Strike’ is the damaged caused by the larvae (maggots).

In the UK, strike is caused primarily by the green bottle fly, Lucilia, which seeks decomposing matter to lay her eggs. Carcasses, dirty backends, foot rot lesions and open wounds are all good candidates for egg laying sites.

Female flies lay batches of 200 eggs at each oviposition, so fly populations will quickly increase over a short period of time in the summer months.

Blowfly strike has a serious impact on the welfare of sheep within the UK, as well as having a major impact on productivity. Figures from 2015 suggests blowfly strike costs the sheep industry £2.2 million per year.

Losses are incurred from: 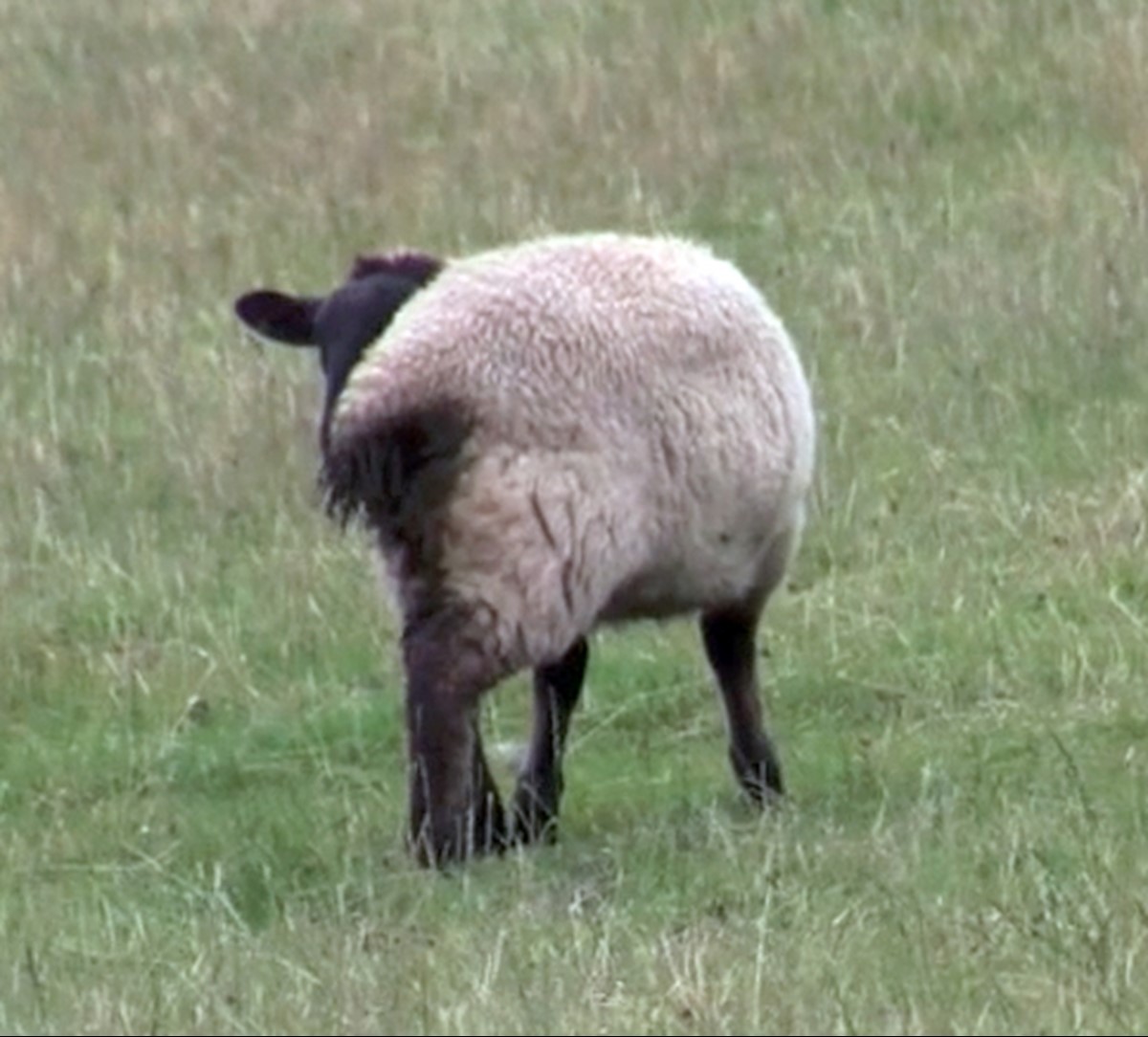 Disrupted grazing occurs when sheep are affected by blowfly strike, this in turn leads to weight loss/decreased weight gain

Flocks should be carefully checked at least once a day throughout the blowfly season to look for any signs of blowfly strike. It is often necessary to handle animals and part the fleece to fully appreciate the extent of disease. 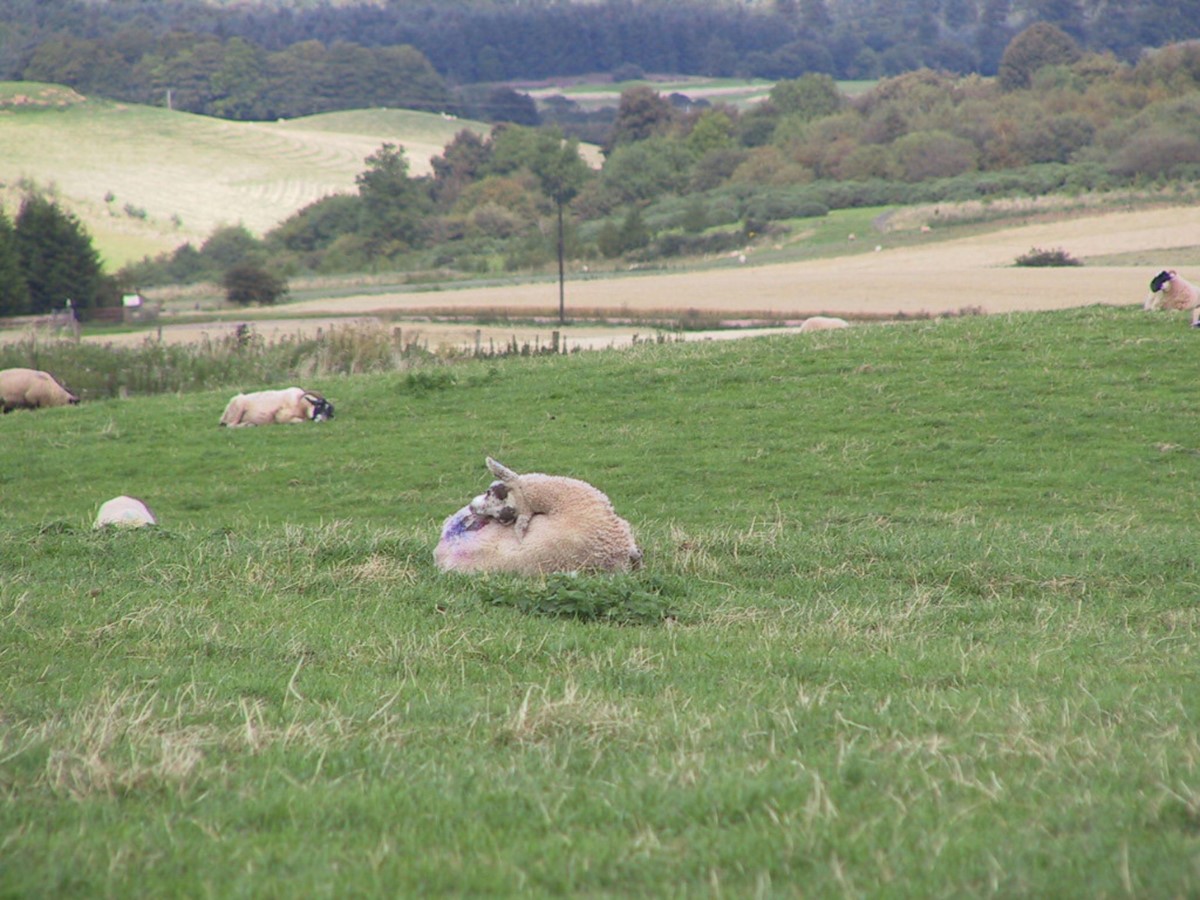 Nibbling of tail head in this lamb affected by strike is affecting its grazing, which in turn will lead to decreased daily live weight gains.

Footrot lesions may also attract flies to lay their eggs. In these cases the lameness will be exacerbated. 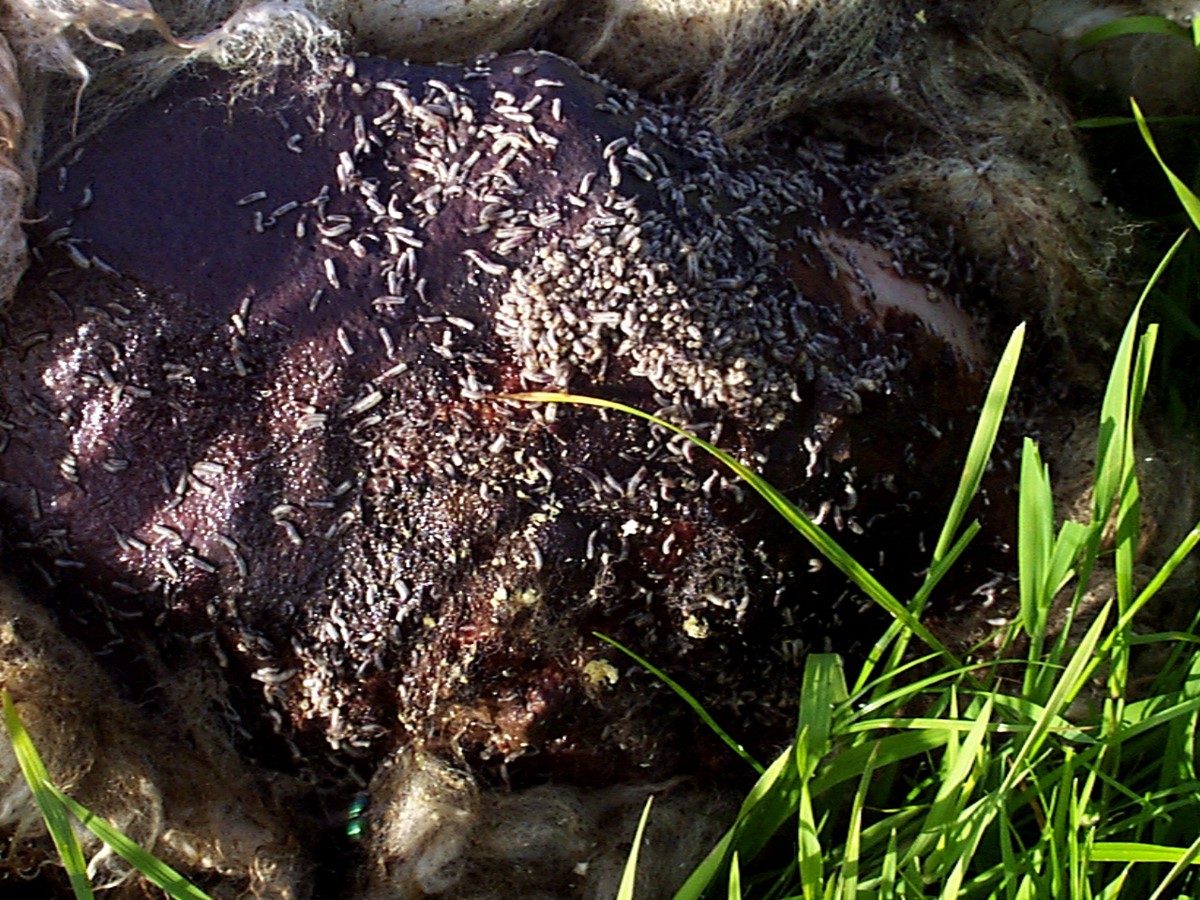 Untreated strike has resulted in the death of this animal. The feeding maggots have damaged extensive areas of skin, this will attract more flies

Blowfly strike is more likely to occur in warm, humid weather (higher than 9°C). Changing climate patterns in the UK and Ireland have meant the blowfly season is starting earlier, lasting longer, and becoming increasingly difficult to predict. Agitation, dejection, odour and shedding of wool are all potential symptoms of a struck animal.

In order to prevent Blowfly strike, the following steps are recommended: 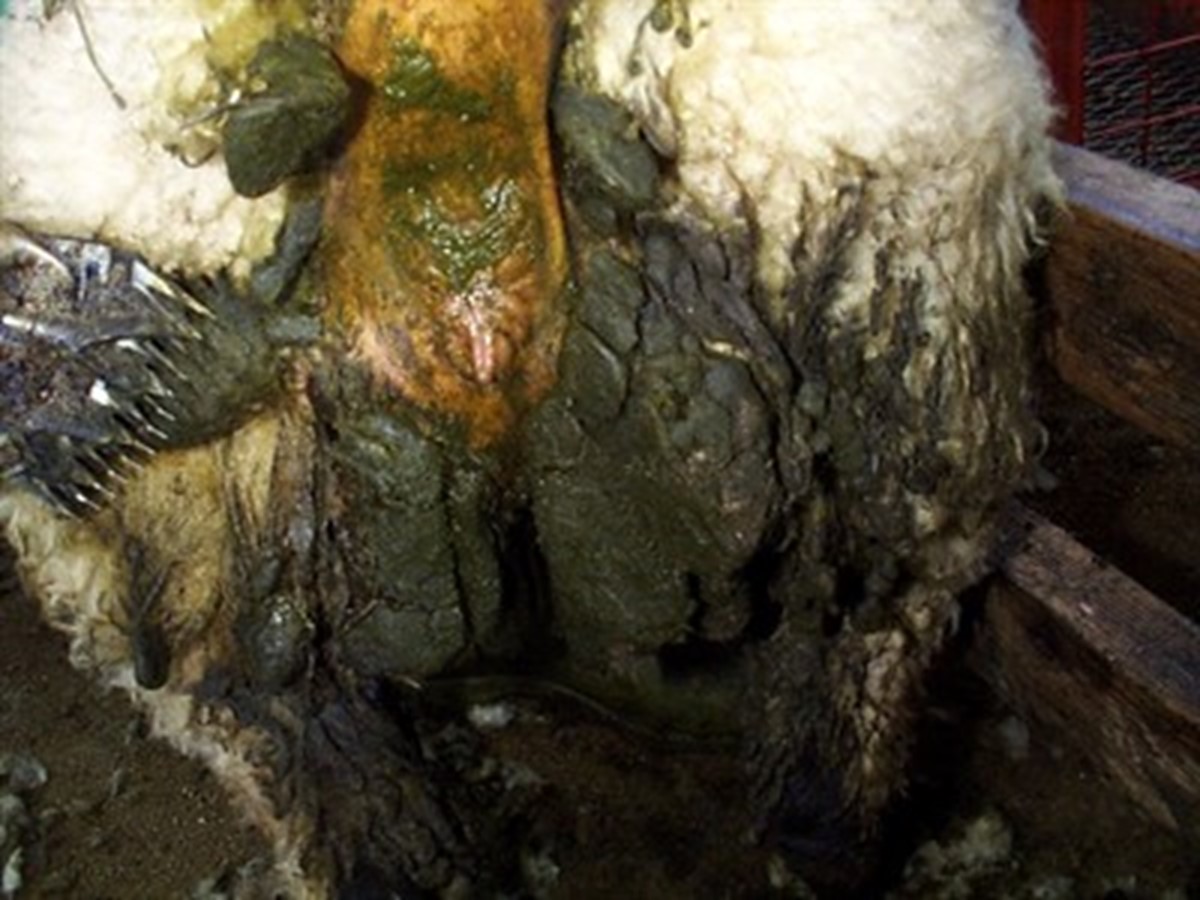 Long fleeces and tails, as well as dirty back-ends (probably due to worms) all increase the risk of blowfly strike

All cases of blowfly strike should be treated promptly if the animal is to survive and recover quickly. Euthanasia should be seriously considered in severely affected or sick sheep for welfare reasons. 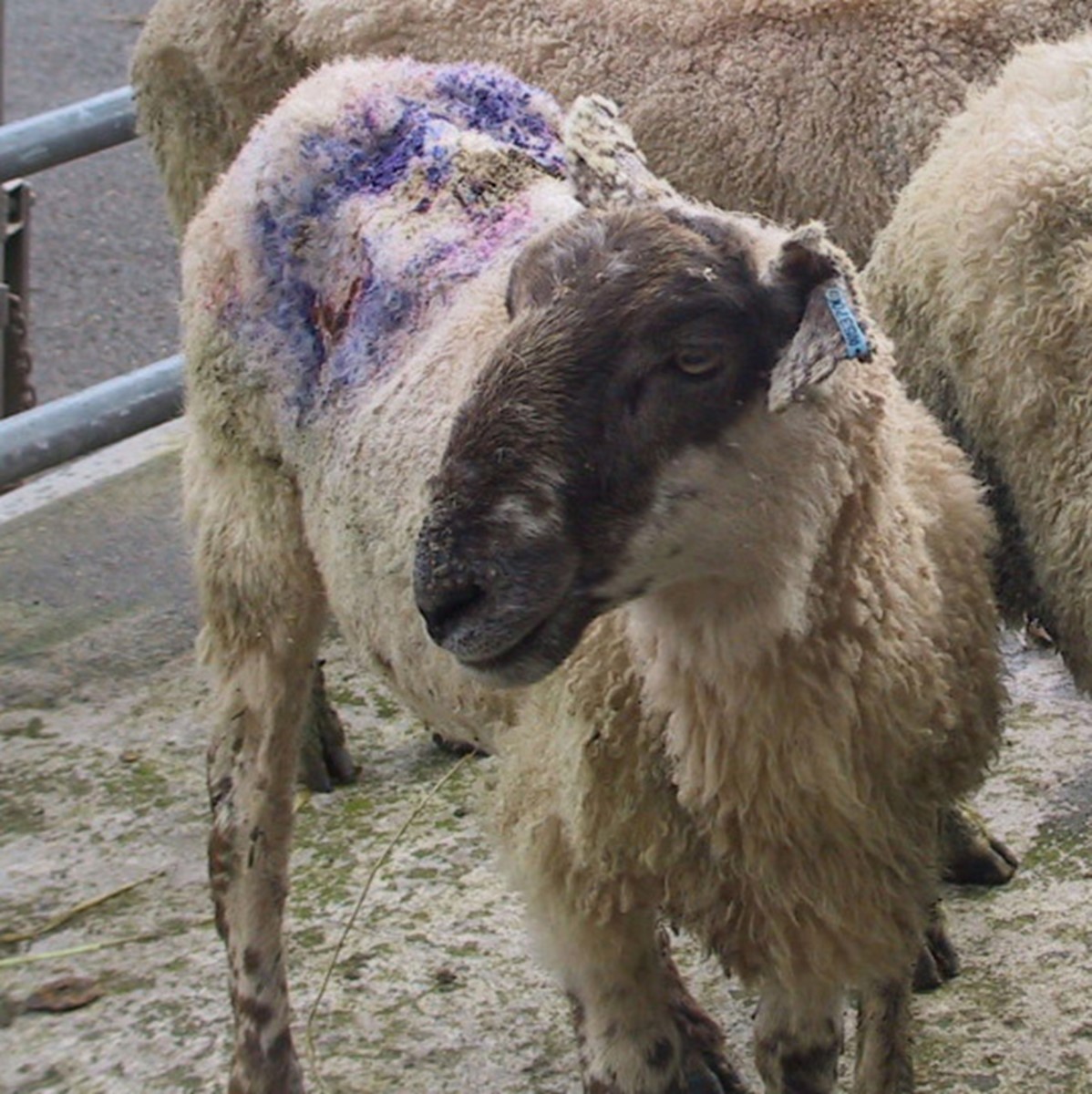 The damage caused by blowfly strike can be extensive. Even with effective treatment, it takes time for wounds to heal, fleece to grow back and condition to be restored.

Help monitor blowfly activity in the UK. If you have a case of blowfly strike in your flock, record it here.

The model used to generate these predictions uses Met Office recordings of daily temperatures and rainfall, along with a detailed understanding of fly biology and sheep susceptibility to strike, to forecast the patterns of strike incidence. The model is highly accurate and tests have shown that it can effectively explain patterns of strike in sheep flocks.

Help monitor blowfly activity in the UK. If you have a case of blowfly strike in your flock, record it here.

Blowfly strike is more likely to occur in warm, humid weather (higher than 9°C). Changing climate patterns in the UK and Ireland have meant the blowfly season is starting earlier, lasting longer, and becoming increasingly difficult to predict. Agitation, dejection, odour and shedding of wool are all potential symptoms of a struck animal.